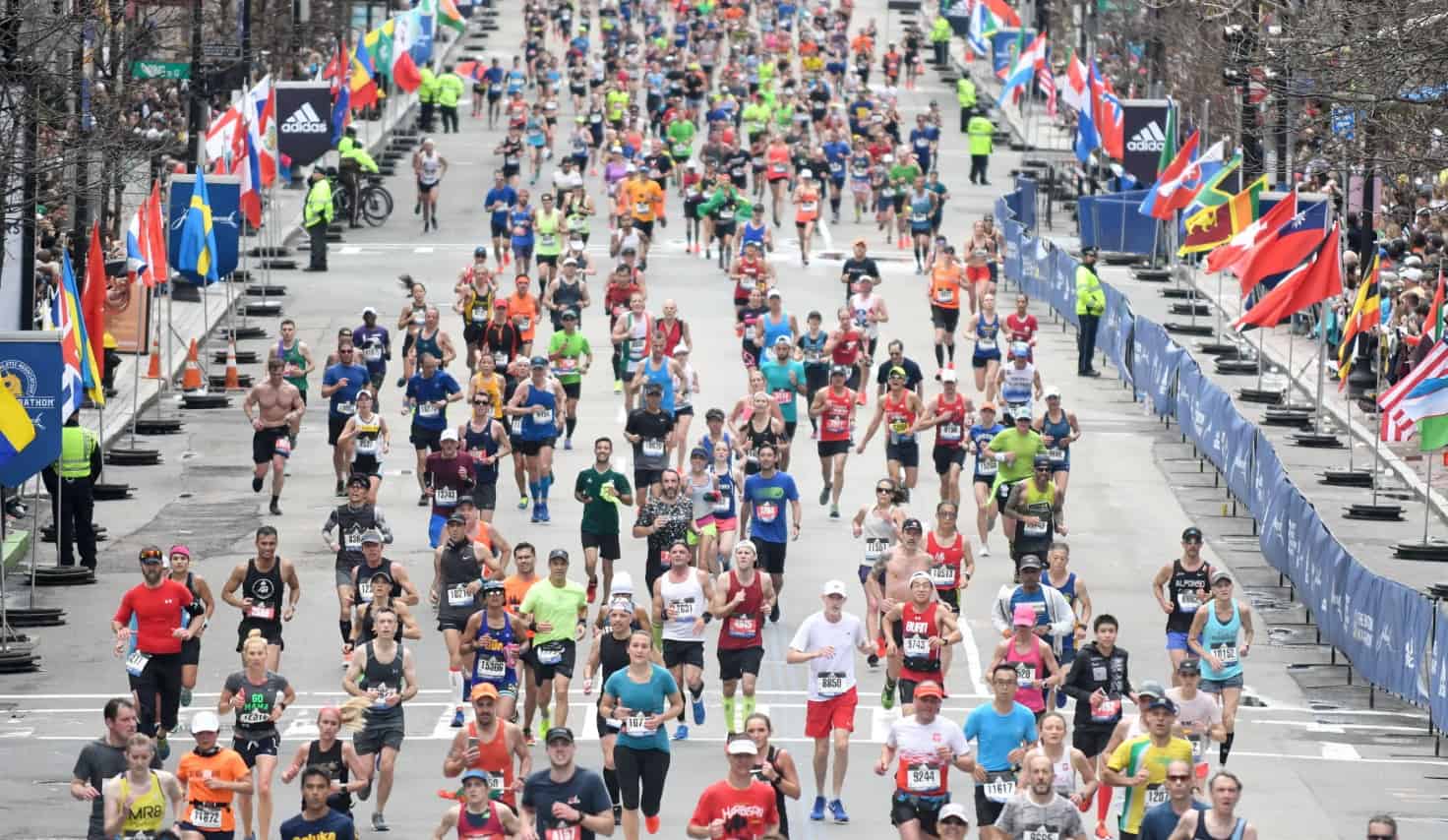 You might be surprised that many thousands of runners that are racing each year did not qualify by meeting the Boston Marathon qualifying times. They got there from one of the many alternative methods that you can use to legally race in April. Similar to the various ways to qualify for the Kona Ironman World Championships.

We’ve painstakingly created our list below of qualifying standards and methods based on feedback from past runners. We will be adding to this list as additional feedback is presented to us. We hope you enjoy the list.

What are the Boston Marathon Qualifying Times?

1 Qualifying Time By Age Group and Gender For 2023

Keep in mind that in the past there have been more qualifiers than spots in the Boston Marathon. This has led to only the fastest runners who have qualified in each age group being extended an entry ticket by the Boston Athletic Association. So even though you might have met the marathon qualifying times in a qualifying race, you may not be able to race.

It’s cruel and unfair, but that’s why meeting the Boston Marathon qualifying times and racing in Boston is so special. You’re truly the best of the best.

Many people are not capable of running the qualifying times above but still want to run in the iconic race.

The beautiful thing about the Boston Marathon is that it’s set up so many non-elite athletes can participate legally. Let’s go over all the ways for you to run in April. Some mentioned below are still based on race times, but I’ve included them since they are one way to get in.

If you’ve actually qualified by hitting your Boston Marathon qualifying times, but couldn’t get in due to field limits, you might be in luck.

As mentioned previously, the Boston Marathon has a cap of approximately 30,000 runners each year, so certain runners might not get an entry if field limits have been reached.  You might get special admission in a future race in this situation.  We’ve been told of this method but cannot confirm it.  If you can confirm, please let us know.

4 Be a Returning Boston Marathon champion

If you have won a previous Boston Marathon, you don’t need to qualify for entry ever again.  The world acknowledges you are worthy and you can race it anytime you want. You get a lifetime pass. Seriously.

5 Run For a Charity

Why try to meet the Boston Marathon qualifying times when there are over 40 charitable organizations you can raise money for to get into the race? The Boston marathon charity slots in 2023 will allow you to fundraise to help your fellow humans and be rewarded with a guaranteed entry to the race.

Typical fundraising amounts are between $5,000 and $8,000 per athlete, but check out each charity for the exact amount. Raise money for a charity that resonates with you, and it will be extra rewarding.

These charities raise tens of millions each year and have thousands of race entries to hand out to their fundraisers.   You can qualify for the Boston Marathon and feel good about how you got there at the same time.

6 Be a Boston Marathon Sponsor

Currently, John Hancock and Adidas are the big sponsors for the Boston Marathon.  Sponsors get special privileges, so they will often get a certain amount of race invitations to hand out.

We don’t have a number of bibs that they can hand out, but my guess is that its variable based on need. Don’t quote me on that though.

If you have a family member or friend that works in either company, be sure to reach out soon “just to see how they’re doing”.

7 Be a Member of the BAA Team

The Boston Athletic Association Team is separated into three groups – Pro, Elite, and Club Level. You can join the BAA, and guess what? They give their members special privileges to get into the Boston Marathon.

One caveat – you must currently reside in the New England region.
https://www.baa.org/baa-running-club

If you are wicked fast and have won other high-profile races that are not marathons, you have a good chance of racing Boston.  The BAA often extends invitations to runners who have not officially qualified but would like to see how they compete at the 26.2-mile distance.  Think of “elite” like a recent Olympic medalist in the 10k – that kind of elite runner.

Are you famous?  Are you in the news and widely respected by the world in general?  The Boston Athletic Association has routinely extended invitations to celebrities that wish to race in the Boston Marathon.

11 Buy an Entry from An International Tour Organization

Kind of a VIP package where you purchase a package that includes a hotel, VIP treatment as a runner, and entry into many sold-out races including the Boston Marathon.

One such company is Sports Tours International – https://www.sportstoursinternational.co.uk/ . They cater primarily to U.K. residents for the Boston Marathon.

Here’s a full list that is often country-specific:
https://www.baa.org/races/boston-marathon/plan/international-tour-program

I’m assuming this is to make the Boston Marathon as global as possible, which is why most tour companies tend to only sell spots to their own country residents. I’m not saying you need to fake a British accent, but it’s up to you.

12 Receive an Entry from the John Hancock Non-Profit Program

Non-profit organizations can form their own teams under this program. Teams can recruit their own runners and fundraise accordingly. There are over 1000 Boston Marathon race entries handed out through this program.

Get the details here:
https://www.johnhancock.com/about-us/sponsorship/boston-marathon/non-profit.html

13 Be a Guide or Support Runner to a Para Athlete

If you’re an able-bodied athlete and want to assist an impaired athlete, you can both run together on race day (assuming you meet the requirements).  A few things to know:

So that’s it! Qualifying for the Boston Marathon is more than just hitting your Boston Marathon qualifying times. There are always more ways than you think to get to this race in April, so try some of these out and let us know what you think.

If you know of any other ways to qualify for the Boston Marathon, please contact us, and let we’ll add it to the list!

Some of the links in this article may be affiliate links, which can provide compensation to me at no cost to you if you decide to purchase the product. This site is not intended to provide medical advice and you should always consult with a physician prior to beginning any physical activity. 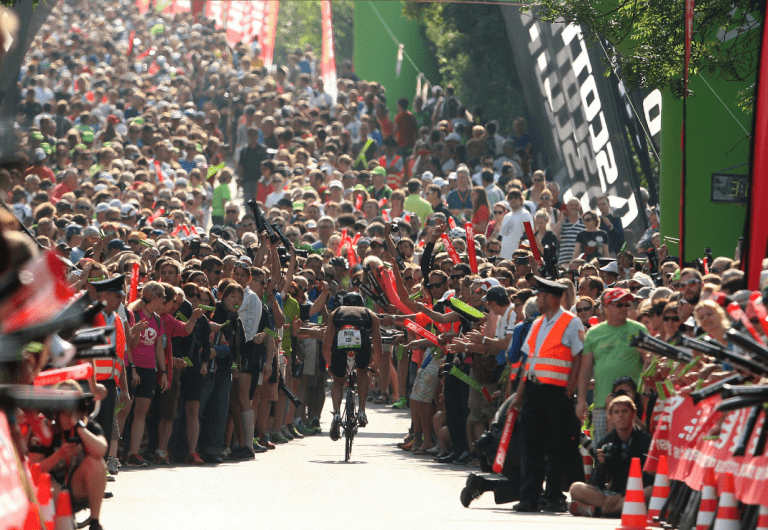 An Ironman Triathlon is one of the most physically and mentally challenging races in the world. Consisting of a 2.4-mile swim, a 112-mile bike ride, and a 26.2-mile run, it’s a total of 140.6 miles. But if you’re up for the challenge, a triathlon consisting of these Ironman distances can be an incredibly rewarding experience. 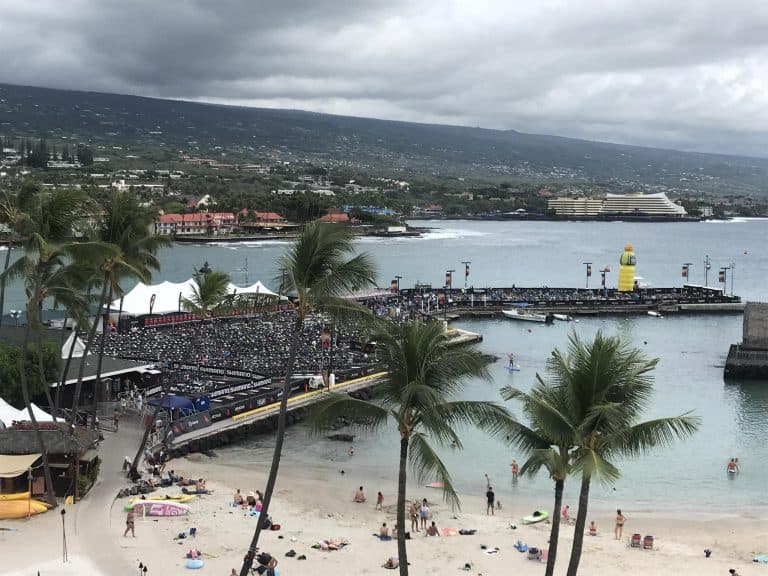 All the best ways to get qualified to the Kona Ironman World Championship even if you’re not the fastest person in your age group! 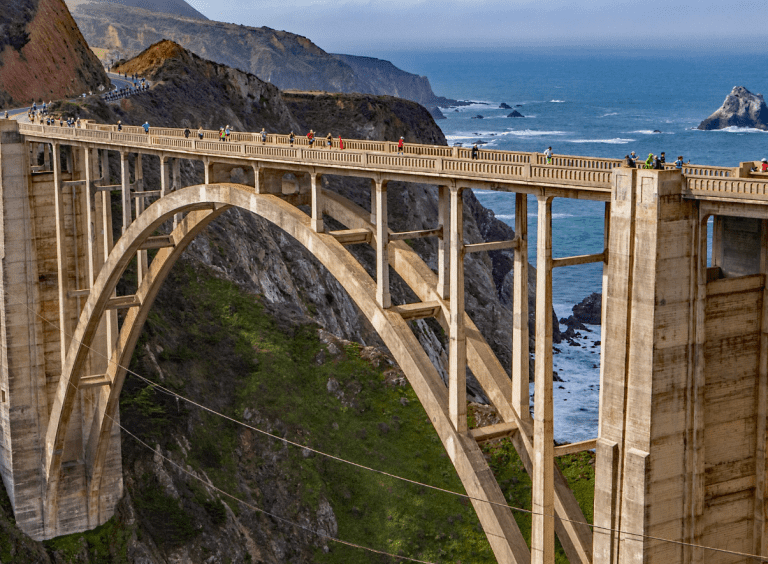 Think you’ve done it all as a runner? Checked off every race on your bucket list? Not so fast! There are still some of the best marathons in the US left to run. 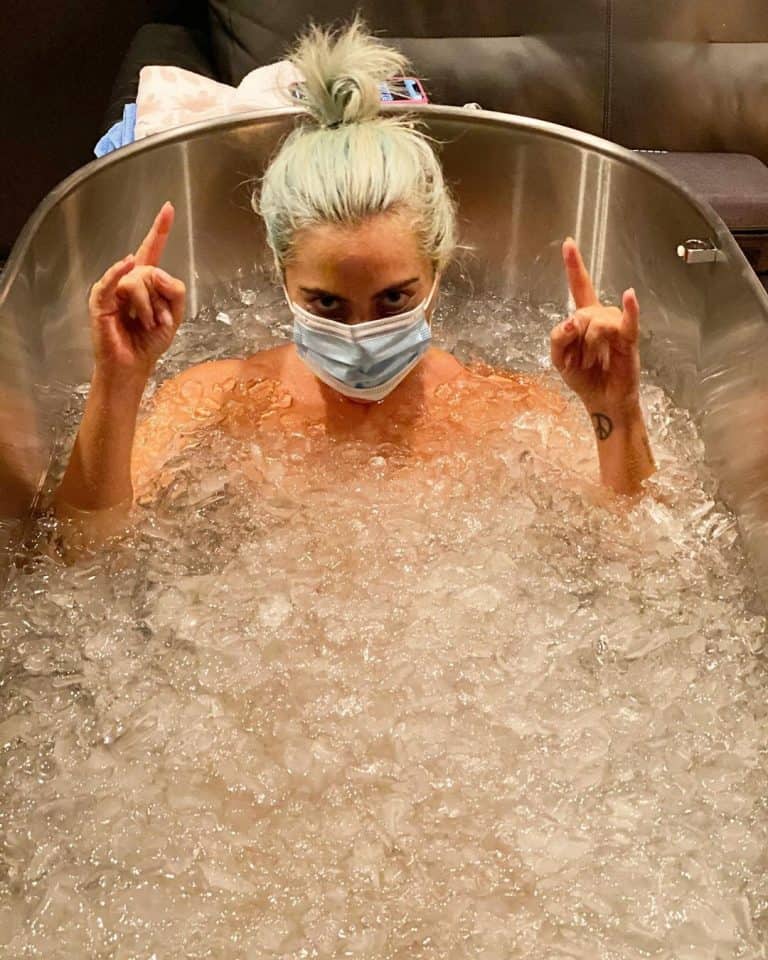 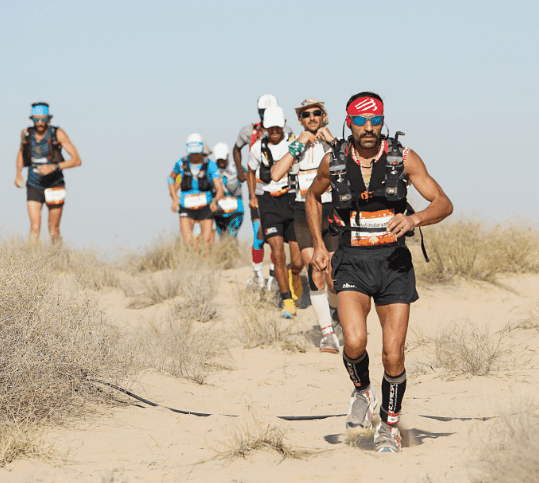 That’s why ultrarunners are a special breed of athlete, and why for a small group of people, they demand the best of themselves and strive to test their resolve at the toughest of the ultra marathons. These bucket list races are coveted by runners all over the world.

Things they don’t tell you about racing in the Kona Ironman World Championships. 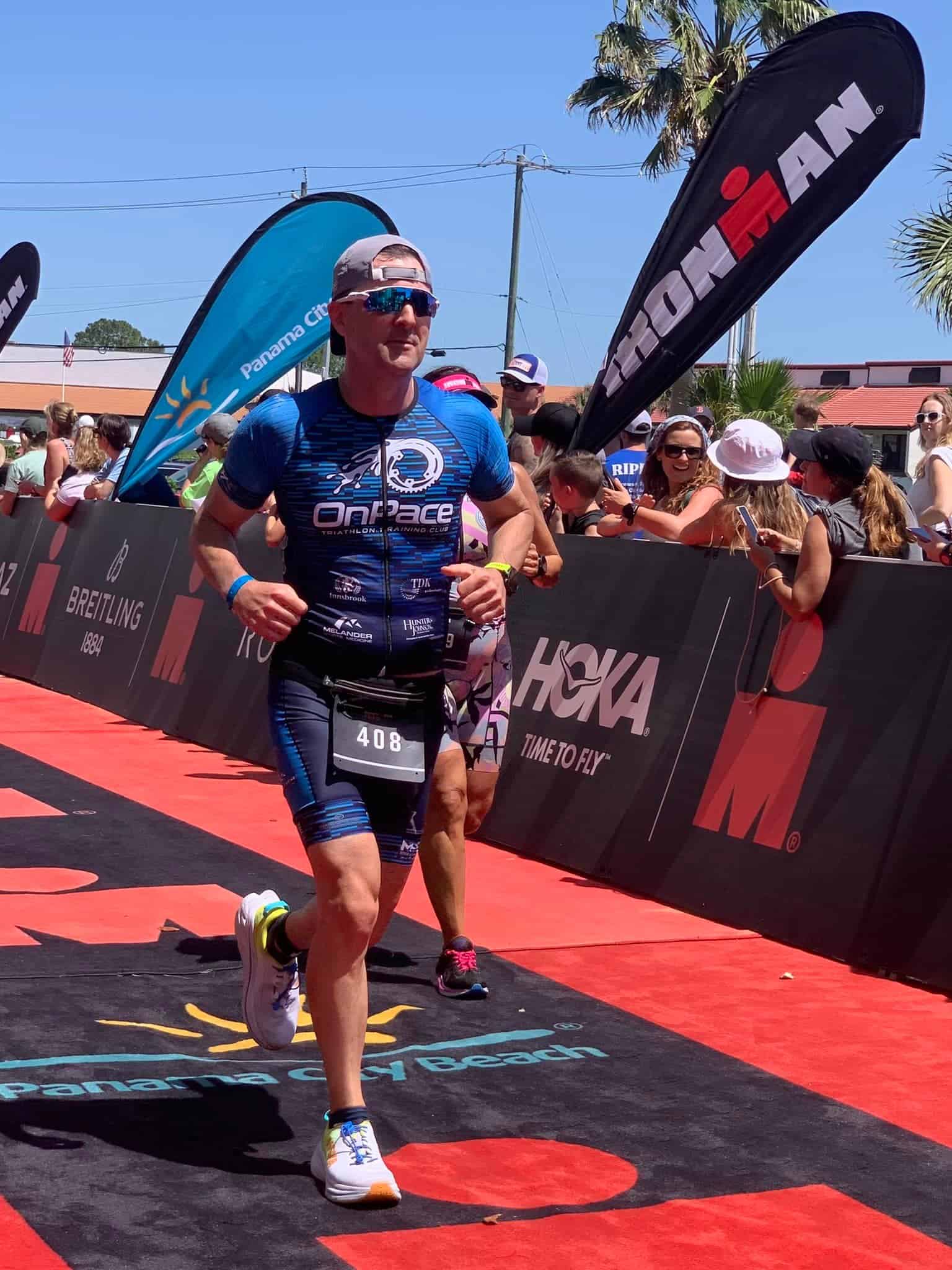 I write a lot of these articles.

I also enjoy Mexican food, technology, and pretty much all dogs.